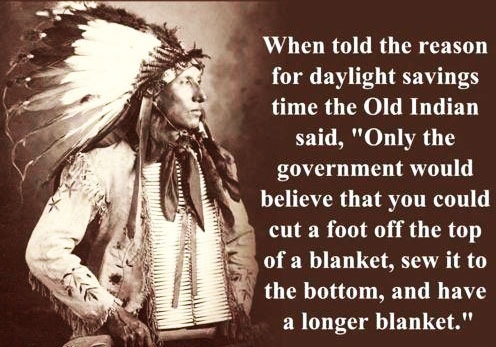 A special Massachusetts commission recommends the state stop observing Daylight Savings TIme "if a majority of other northeast states, also possibly including New York, also do so." After a 9-to-1 vote, the head of the commission reported their conclusion after months of study: "There's no good reason why we're changing these clocks twice a year"... According to local reports, "The commission studied the pros and cons of the move and found, for example, retailers liked the idea of more daylight late in the day for shoppers... They also said there would be less crime, fewer traffic accidents and we would actually save energy."

A Maine state representative argues that it's actually harmful to observe Daylight Savings Time. "Some of those harms include an increased risk of stroke, more heart attacks, miscarriages for in vitro fertilization patients, among many other undesirable complications," reports Newsweek. Maine's legislature has already passed a bill approving an end to daylight savings time -- if Massachusetts and New Hampshire also end the practice, and if voters approve the change in a referendum.