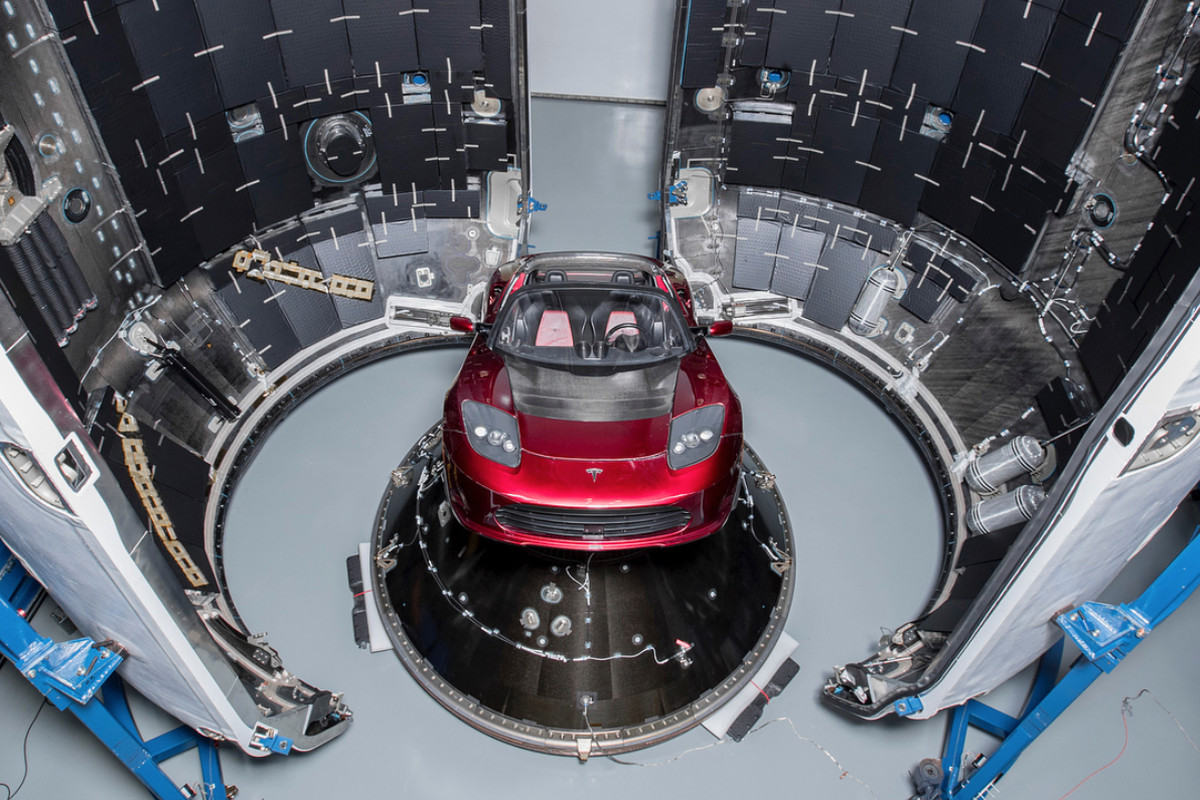 This will be the inaugural flight of the Falcon Heavy, a rocket that SpaceX has been planning for years. The successor to the Falcon 9 , it's essentially (and simply put) three boosters strapped together, all of which will add enough thrust to make it the most powerful rocket in the world. It will give SpaceX the ability to send bigger payloads to space while also helping the company push farther out into the Solar System. But SpaceX doesn't want to put a valuable payload on the very first flight, which even Musk has admitted could end (or begin) with an explosion. So the company plans to use a "dummy payload" instead. "Test flights of new rockets usually contain mass simulators in the form of concrete or steel blocks. That seemed extremely boring," Musk wrote on Instagram today. "Of course, anything boring is terrible, especially companies, so we decided to send something unusual, something that made us feel."